Birth of a new genre 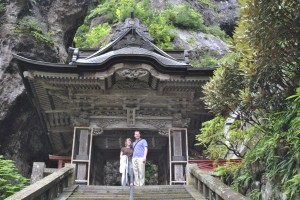 The sixth chapter of Curriculum 21: Essential Education for a Changing World (2010), written by Vivien Stewart, is an examination of how the classroom of the 21st century must play an active role in the global community in order to best prepare its students for citizenship in that global community. As we learned from Wilmarth’s five socio-technology trends that are leading us into a “postliterate era,” a school can no longer exist in a “walled garden,” isolated from the rest of the world and be expected to properly educate its students.

Prior to the Industrial Revolution, or even the Digital Information Age, it was relatively excusable for students in the United States to be unfamiliar with world cultures, foreign languages and foreign affairs. However, despite the ready availability of information, communication tools, and even somewhat affordable travel, American students “are woefully ignorant” of the world outside the U.S. border, particularly when compared to students their age around the world. Stewart outlines five “global trends” that are making a global mindset a necessity rather than a luxury: the globalization of economies, science and technology trends, changes in national and regional demographics, trends in security and citizenship, and education trends. I’d like to look briefly at two of these: global economies and trends in education.

As we’ve learned from the recent recession in the United States, what and how we do financially has direct and profound impacts on other countries around the world, and vice versa. Indeed, just recently, USA Today reported, “Decades ago, Americans could easily ignore developments in the Old Country. But now, thanks to a global economy, problems in Europe are also our problems, due to some less-than-apparent linkages between the U.S. and European economies.” Our manufacturing jobs (and even several service jobs) are increasingly being outsourced to countries with lower labor costs, meaning that our students will not just be competing against their classmates for jobs, but students from Bangladesh, Sao Paulo, and Beijing as well.  As Stewart quoted from the Committee for Economic Development, “businesses increasingly need employees with knowledge of foreign languages and cultures” in order to remain competitive in the global market. Being able to read, write, and do basic math is not enough when there’s someone who can do all of that in three different languages–and for half the wages.

This brings us to the key issue: global trends in education. The simple matter is that the United States has had a target on its back for the past 100 years. Since WWI, the U.S. has been seen as the global leader in business, finance, education, science, and more. Because of this, every other nation on the globe has made it a priority to outperform the Americans. In the past 15-20 years, we’ve started to see this happen in earnest. For example, ever since the end of WWII, every Japanese student is required to take at least eight years of English. This means that by the age of 18, virtually every Japanese student is bilingual. Of course, many of them lose the skill over time if they don’t use the language regularly, but I would still bet that they could do better on an English test than an American could do on a Japanese test. Stewart points out that “only 50 percent of U.S. high school students study a foreign language.” In addition, many American universities are reporting more non-U.S. citizen students in their graduate programs than American nationals. In 1992, the Washington Post reported that over 230,000 Asian students were studying at  American universities. Another source records that in 2008, only 16 years later, that number had grown to almost 624,000–a 271% increase. This means that not only are our students competing against students around the world, but now that competition has come directly to our soil, and our own students are losing.

Kids who learn two languages young are better able to learn abstract rules and to reverse rules that they’ve already learned,” says Aamodt. “They’re less likely to have difficulty choosing between conflicting possibilities when there are two possible responses that both present themselves. They’re also better at figuring out what other people are thinking, which is probably because they have to figure out which language to use every time they talk to somebody in order to communicate.”

In other, over simplified terms, kids who learn two languages learn better, and become more responsive citizens to the world around them.

Permanent link to this article: http://www.edtechfor.me/2011/09/the-global-village/