You get what you pay for… 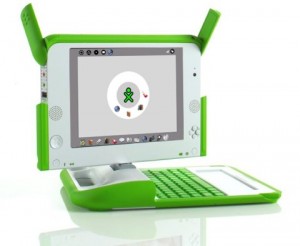 This article is cross-posted from my class blog, Spring 2012.

“M-Learning”, as it was described in The World is Open, is yet another sad example of how the United States is great at innovating, but miserable at the follow through. Over ten years ago, I worked with a PT3 grant project called “M3: Models, Mentors, and Mobility.” Through that project, we were working with pre-service and in-service teachers on how to incorporate more technology into the classroom. One of the areas I was most involved with was the use of mobile laptop labs and handheld labs. At the time, we were using Handspring PDAs, and the old clamshell iBooks. Mobile laptop labs were still in their infancy, and only a handful of schools in the country were actually doing a 1:1 program. These types of initiatives were extremely rare outside the U.S. borders.

Fast-forward about ten years, and what’s changed? Well, mobile laptop labs (carts) are still far from being ubiquitous, and the number of schools with 1:1 initiatives has grown only minimally. The Apple iPad has sparked a renewed interest in 1:1 programs in the schools, but we’re still a long ways away from true 1:1 in this country. Other countries around the world, however, have have begun pushing the envelope of adoption. Social initiatives such as the One Laptop Per Child (OLPC) movement are making huge strides in developing countries, taking advantage of the situation described in The World is Open in which access to cellular data is more common than broadband or WiFi. Students in Finland, Norway, and Japan are using their cellphones for just about everything.

As I wrote about a few weeks ago, our students are silently (or sometimes not so silently) begging us to let them use their cellphones. And why shouldn’t we? Depending on the statistics and region you look at, cell phone ownership among high school students in the U.S. is approaching 100%. And the schools didn’t spend a dime for that technology. Do you want cheap, fast, deep integration for a 1:1 initiative? Tell your students that not only are they allowed to bring their phones to class, but encouraged to do so. The issue, as is discussed in several YouTube videos regarding multitasking, is that just having the technology in hand is not enough. Those devices have to be used to create more engaged, interactive learners, not just multitaskers. Perhaps one solution is to take advantage of a free app on the iOS platform that turns your device into a student response “clicker.” Instead of spending hundreds of dollars on a proprietary system that only does one thing, either allow in your classroom or even purchase for your classroom an army of iPods, iPhones, and iPads that not only can act as a clicker, but also a calculator, a textbook, a notebook, and most importantly, an Internet-access device.

Permanent link to this article: http://www.edtechfor.me/2012/02/m-learning-or-them-learning/