This article is cross-posted from my school blog, Spring 2012. 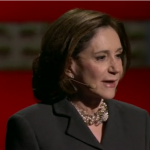 Online communication is an amazing thing. It’s making tremendously easier what was once tremendously difficult. The fact that two classrooms of children can collaborate on a project together through something like ePals even though they live half a world apart and barely speak the same language is an amazing feat that would not have been possible only thirty years ago. The fact that two other classmates and I—who have never met face-to-face or know the sound of each other’s voices—can work together from three completely different locations to produce a presentation that is available on the Internet for billions of people to view is absolutely mind-blowing.

However, I fear that online communication is also making incredibly difficult what was once incredibly easy. People actually used to talk to each other. Incredulous as that may sound, it is indeed true. Students learned how to empathize with other students because they could see on their faces that their words hurt them. Children learned that their teacher was disappointed in them because of the sound of her voice. Kids knew when their parents were angry because of their body language. Now, these very simple, basic, elements of human existence are becoming lost in a sea of digital communication. A terse “LOL!” is most definitely not an adequate substitute for hearing the sound of your best friend burst into laughter at something you said.

In the context of the classroom, while students having ready access to experts in a particular field via online collaborative efforts presents a wonderful opportunity, maybe there’s a reason that kids of my generation did not have interaction with college professors at the age of eight. Students have lost the ability to treat others with respect mostly because a majority of their interpersonal interaction takes place via Facebook, Twitter, or text message–or worse, anonymously.

As much as I personally love my technology, will someone please explain to me how spending $4,000 (or more) on a high quality video classroom set up in order to talk to a professor in another state is better than getting volunteer drivers to come take your students to the nearest university and talk to the professor in person? Do you want to know where the content experts are? They’re next door—they are your neighbors, your relatives, your church members, your co-workers. Somehow, we’ve gone from “It takes a village to raise a child,” to “It takes a government…” and now even, “It takes a planet…”

While online collaboration is a great tool and can bring things to people who have no access to content experts or differing viewpoints, I fear that we are putting such a high emphasis on it in our American schools that we are losing touch with actual, flesh-and-blood people in our own communities.

A very recent TED talk by Sherry Turkle (2012, embedded below) argued that our technology has become a substitute for human interaction because it is simpler and more controllable. She said, “As we expect more from technology, we expect less from each other.” Please, let’s use our online collaboration wisely, and not forget that there humans not only behind the other screen, but right beside us.

“And so from social networks to sociable robots, we’re designing technologies that will give us the illusion of companionship without the demands of friendship. We turn to technology to help us feel connected in ways we can comfortably control.” –Sherry Turkle, TED talk, Feb. 2012.

Permanent link to this article: http://www.edtechfor.me/2012/04/together-alone/