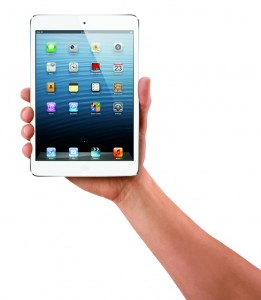 So yesterday, Apple announced the new iPad Mini. For the naysayers, it is indeed essentially an iPad 2 shrunk down to a screen size of 7.9″. This alone is better than it sounds, because since it keeps the same screen resolution but shrinks the screen dimensions, the screen will actually “look better.” It’s not a true “Retina” display, nor is it even as good as some of its direct competitors, but it will certainly look better than your iPad 2 did.

So what is the primary benefit of this new shrunken iPad? In my opinion, a lower cost to entry. I’ve been an outspoken supporter of iPads in the classroom on this blog, if for no other reason than giving students the ability to carry around one lightweight device instead of 5-7 textbooks weighing an average of 4 pounds apiece. Anything we can do to make these things more affordable for more students is the right thing to do. At $329, these are cheaper than a netbook, and you can use them to film and edit HD video (try that with your $400 netbook). The iPad Mini is as light “as a pad of paper” and as thin “as a pencil,” according to Apple’s keynote presentation. Considering you can replace almost the entire contents of a student’s backpack (it will be a while before the iPad can replace chapstick) with one iPad mini, $329 seems like a bargain to me.

The robust app store for iOS is what makes the iPad a clear winner in the tablet market. Between the app store, the iBooks store, and iTunes, almost everything a student would want or need for schoolwork is either enhanced or replaced by the iPad.

If you thought I was an outspoken supporter of iPads in the classroom before, just wait until the reports of iPad mini usage start rolling in. 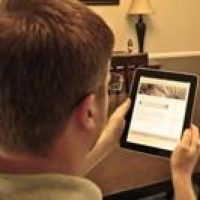 Permanent link to this article: http://www.edtechfor.me/2012/10/ipad-mini-e-learning/